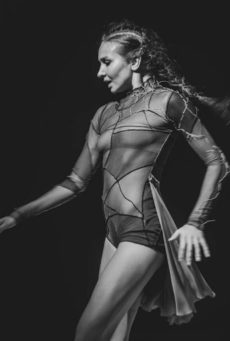 Gosia Mielech is a dancer, choreographer, Gaga teacher and a dance educator.

She completed the Gaga Teacher’s Training Course in 2018 under the artistic direction of Bosmat Nossan, Saar Harari and mentorship of Ohad Naharin.

She graduated from Olga Slawska-Lipczynska’s Ballet School in Poznan, Poland (1998-2007).

As a soloist of the Polish Dance Theatre in Poznań (2007–2012), she had a chance to dance in a range of pieces by Polish and international choreographers, including Ohad Naharin, Yossi Berg, Jacek Przybyłowicz, Ewa Wycichowska, Gunhild Bjørnsgaard, Susanne Jaresand, Thierry Vergerand many others. 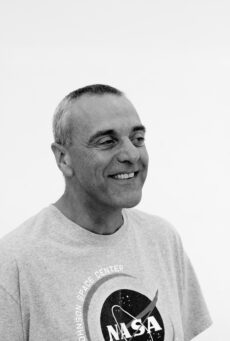 Kevin is known for his dynamic, highly visual productions integrating dance, circus and digital technology. He is responsible for the distinctive style that Motionhouse is renowned for.

He is passionate about exploring and questioning the traditional use of space in performance, which has led to the creation of an extensive body of work developed over three decades. He is regularly commissioned to develop extraordinary dance spectacles, most notably as Choreographer and Movement Director of the Opening Ceremony of the London 2012 Paralympic Games.

Committed to collaboration, he has worked with artists including writer A.L. Kennedy, installation artist Rosa Sanchez, film-makers Logela Multimedia, set visionary Simon Dormon and international companies such as Legs On The Wall and Vancouver’s Headlines Theatre.

In 2017 Kevin became first Visiting Professor of Dance at Birmingham City University’s Royal Birmingham Conservatoire. He has an MA in Contemporary Performing Arts from University College Bretton Hall and a PhD in Theatre from Warwick University. He is a Research Fellow at the University of Warwick and Associate Artist of Greenwich+Docklands International Festival. In 2013 he was made an honorary Doctor of Letters at the University of Warwick in recognition of the importance of his work and his service to the arts. He was awarded an MBE in 2013 for his services to dance. 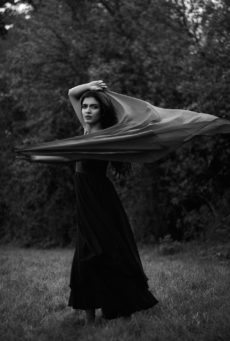 Vidya Patel is a Birmingham based Dance Artist with training background in Kathak learning from Guru Sujata Banerjee.

After representing the South Asian Category in the Grand Finals of the inaugural BBC Young Dancer 2015 at Sadler’s Wells, she has continued her journey as a freelance artist performing in a range of works touring nationally and internationally with several contemporary choreographers and artists including Richard Alston Dance Company, Gary Clarke, Thick & Tight and Akademi. She has been nominated thrice for the Critics Circle National Dance Awards for her performances in Richard Alston’s ‘An Italian in Madrid’ as well as Akademi’s ‘The Troth’ choreographed by Gary Clarke.

As an emerging choreographer she has collaborated with artists including composer/multi- talented musician Shammi Pithia and contemporary dancer Connor Scott creating ‘About the Elephant’ commissioned by Sampad Arts and mentored by Kerry Nicholls which premiered at Serendipity Festival in Goa. Recently she has been working with artist Hetain Patel who is creating a new solo on her supported by DanceHub.

She is currently an Associate Artist at Déda, Derby, a member of Aakash Odedra 2 educational programme and one of four Sadler’s Wells Young Associate Choreographers. Earlier this year, Vidya worked with Joss Arnott Dance as a dancer on their ‘PULSE! 2.0’ digital flash mob campaign.

Through her interest and curiosity Vidya continues to collaborate with artists from various artistic practises as well as continuing to shape her knowledge and understanding whilst training as a dancer in the Kathak form. 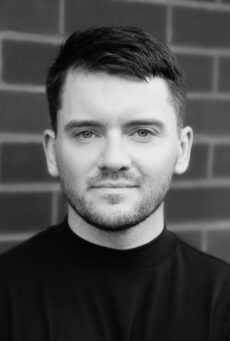 The legacy in this work is through the film documentation and the existing and new global relationships the company developed throughout the duration of the activity. This includes the British Council with both films being selected to be featured as part of the 2020 UK-China Contemporary Culture Festival.